On June 28, the seventh Project 3052 buoy tender (yard number 5204), ordered by the YeniseiRechTrans Administration, was launched at the Samus Shipyard.

An official launching ceremony was attended by the MT-Group officials.

The new vessel was named after Mr. Valdemar Khan. Valdemar Vasilievich Khan has made a significant contribution to the development of river transportation system and economics of Krasnoyarsk Krai. Through all his career, he has been inextricably linked to the Krasnoyarsk river industry companies.

“He just came here to visit his friends and stayed in Krasnoyarsk for 55 years, fifty of which he worked for the Yenisei River Shipping Company”, recalled Mrs. Khan.

Project 3052 buoy tenders are being constructed as part of the state’s Transportation System Development Program. The buoy tenders are designed to maintain inland waterway channels and aids to navigation.

MT-Group is honored to be the general contractor of these vessels. 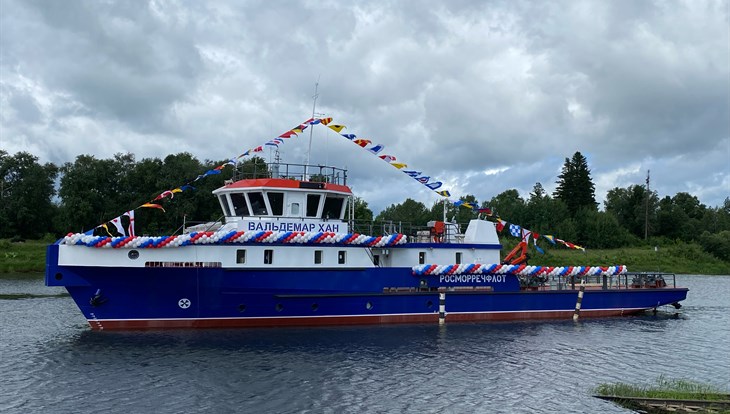 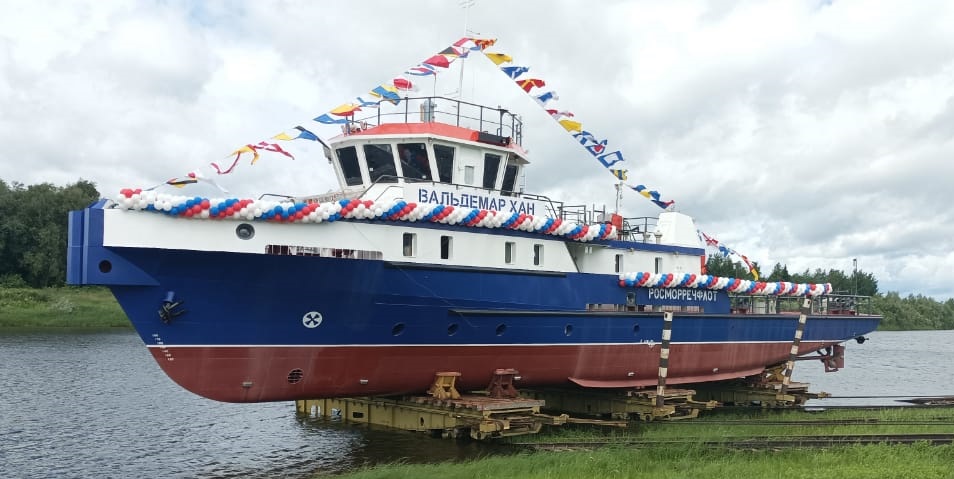