LAUNCHING OF RUSSIA’S FIRST EVER BOAT WITH HYBRID PROPULSION PLANT

LAUNCHING OF RUSSIA’S FIRST EVER BOAT WITH HYBRID PROPULSION PLANT

The representatives of our company D.F. Klemin, A.T. Khaziakhmetov and D.N. Kazartsev have attended a ceremonial event dedicated to launching of power-efficient pilot boat (project ST23WIMH) that took place on January, 28 at JSC “ONEGO SHIPYARD” in Petrozavodsk.

The boat Anatoliy Klimov is a unique and brand new vessel developed by the design bureau of MT-Group by the order of FSUE “Rosmorport”.

It’s the first in Russia commercial hybrid vessel which is distinguished by its capabilities not only from domestic but also from foreign counterparts:

– combined hybrid plant allowing not to use the power of internal combustion engine when going at low speeds. 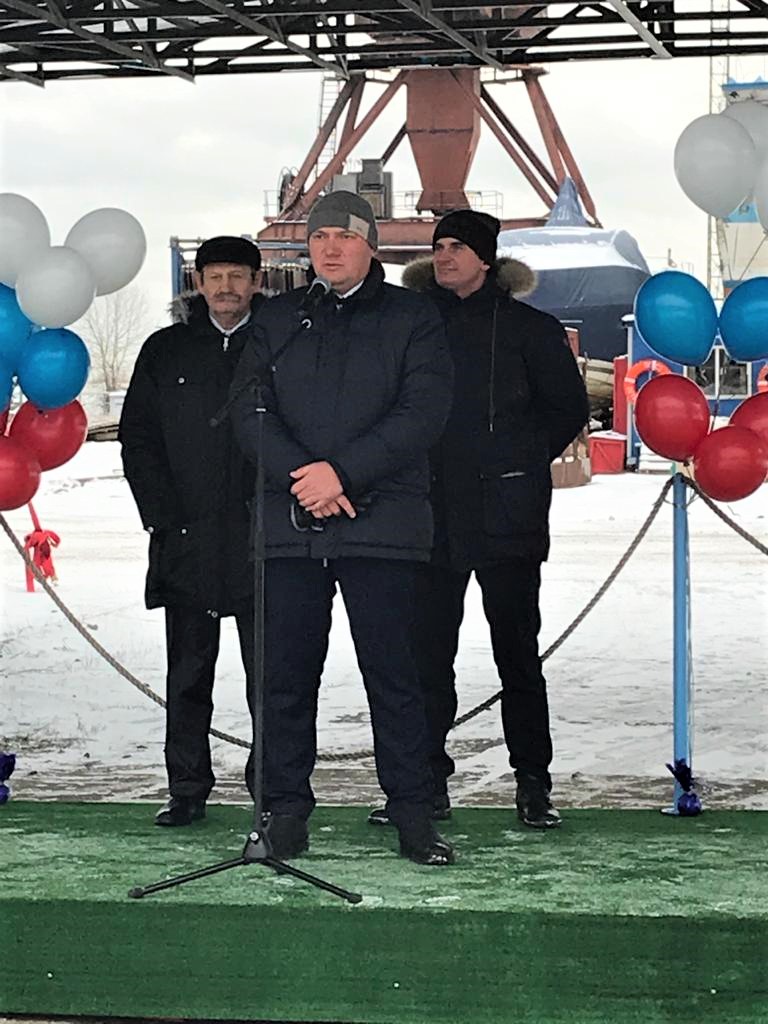 “The boat is unique since currently it’s the only one commercial vessel in Russia equipped with hybrid propulsion plant – it’s almost “Tesla” ofshipbuildingindustry”. 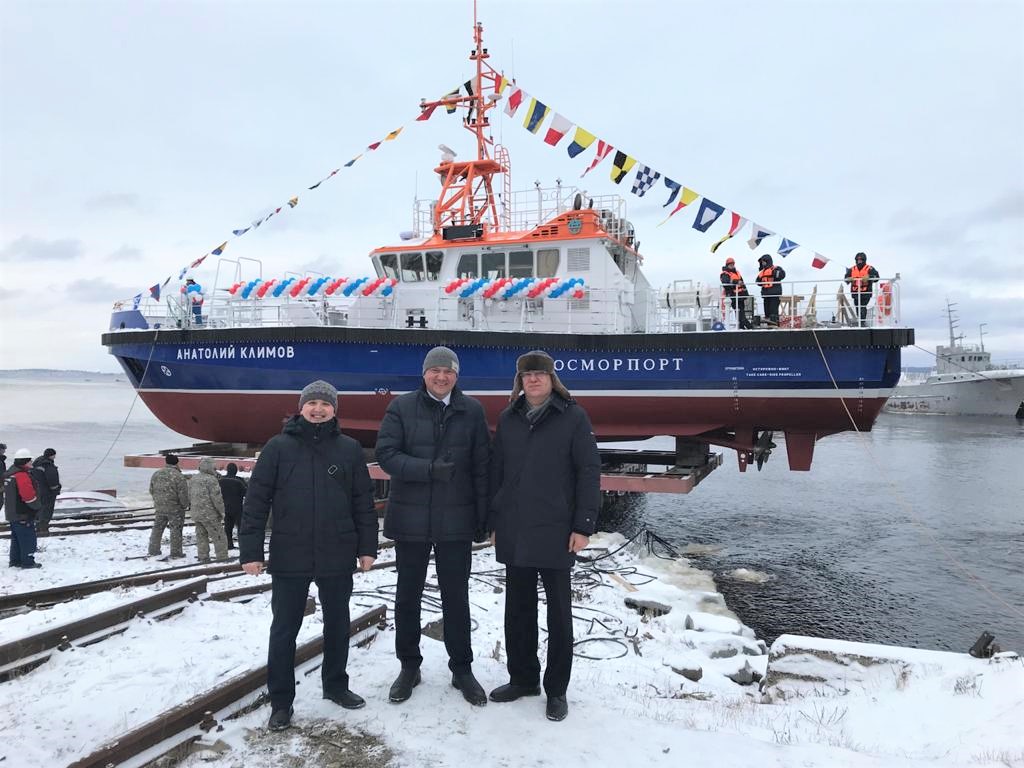 “Weareveryproudthat this project has been developed by our specialists. After launching the boat, its construction will be completed afloat.

However, the final opinion will be shaped after performing sea trials and boat delivery to the customer in May, 2020. It’sthecustomer’sideatoequipthisvesselwithelectricpropulsionplant, and we have put it into practice in our turn”. 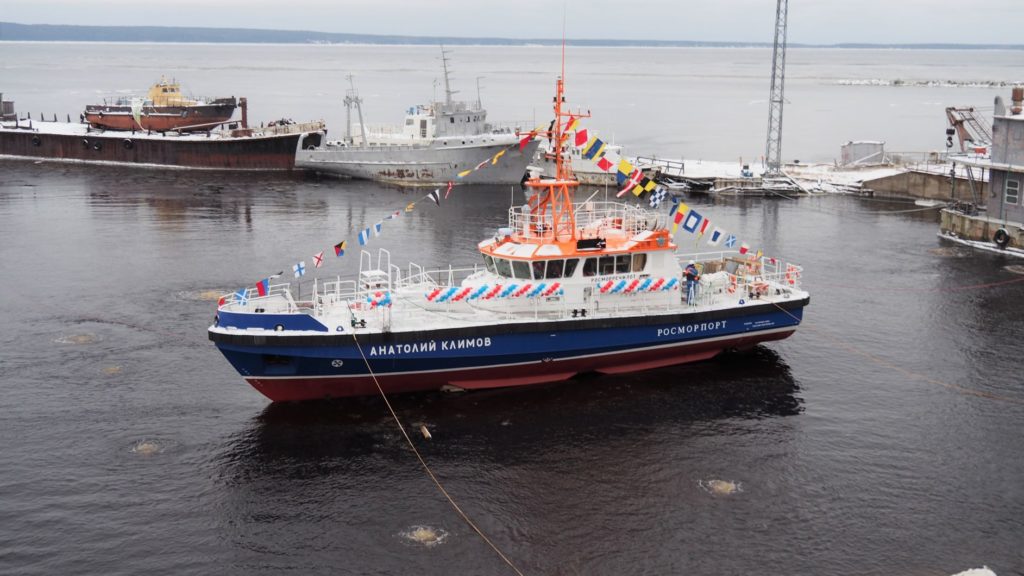 “I’dliketonoteexceptionallyhighqualityof the construction. I hope that due to its design and installed unique plant this boat will be in service of the Russian fleet for many years and will become a prototype for series manufacturing”. 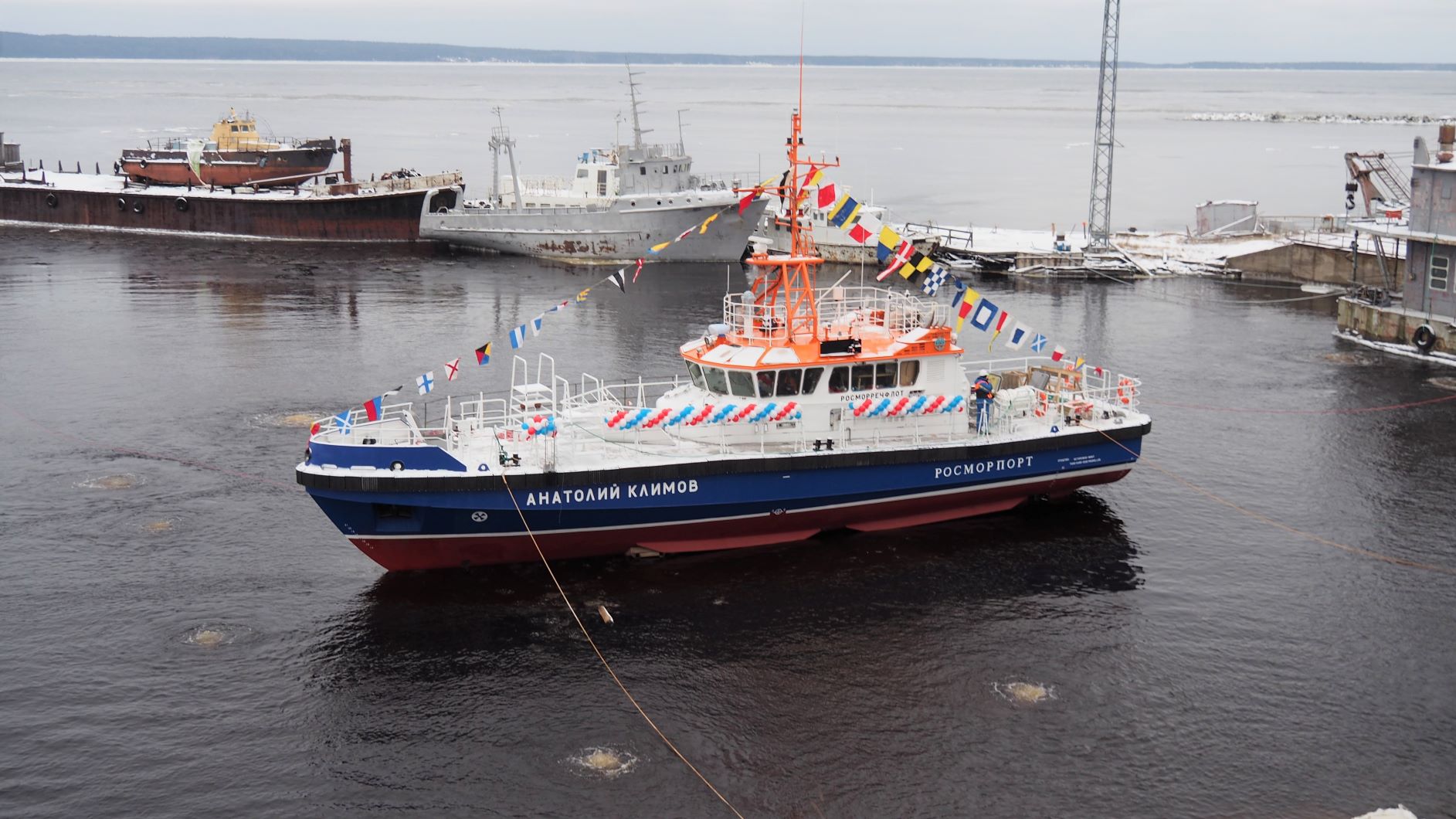