Representatives of Marine Technics Group have met management of MAN Truck & Bus in Nuremberg. Within the meeting the parties have taken stocks of many-years’ mutual cooperation, specified further steps to extend brand presence on the territory of the Russian Federation and CIS and to develop service network.

The management of MAN Truck & Bus represented by Dr. Matthias Schreiber, senior vice president, and Mr. Reiner Roessner, head of Sales, highly appreciated Marine Technics’ activity during these 11 years and to continue the cooperation they resign the representation contract with no time limit.

During the meeting MAN represented its state-of-art and new marine diesel engines: MAN V8-1300 and MAN V12-2100, power 1300 hp and 2100 hp respectively – which have no competitors in their class.

We kindly remind that over 11 years Marine Technics Group has been an exclusive MAN importer on the territory of RF and CIS and annually reconfirms its status.

Since 2018 Marine Technics has received the status of Importer and Central service station  MAN Truck & Bus Company on a termless basis.

We render all services regarding purchase and maintenance of high-speed MAN engines. 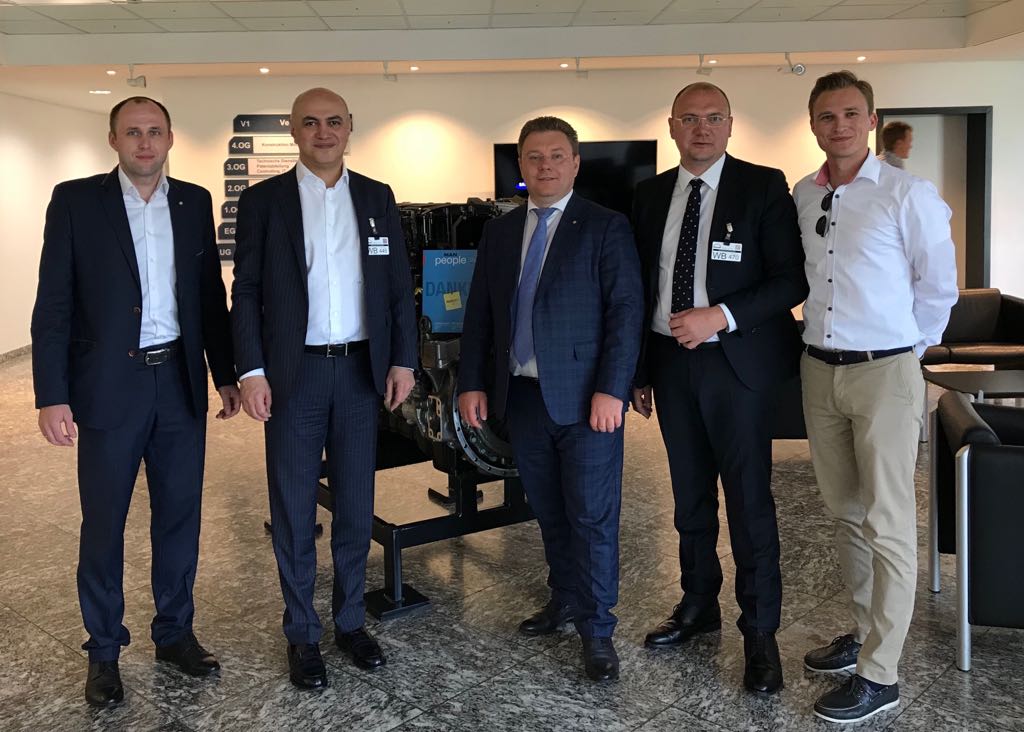