MAN V12-2000 has the highest power density on the market. MAN V8-1300 is the strongest V8 engine on the diesel engine building market.

At the 2018 Cannes Yachting Festival, department of MAN Truck & Bus AG debuted two new innovations which stand out from their competitors due to their unique nature. MAN engineers developed V12-2000: the only twelve-cylinder V-engine with 2,000 hp (1,471 kW) to date which generates enormous power from 24 litres of displacement. Likewise, the strongest V8-1300 for highspeed boats and yachts, which puts forth 1,300 hp (956 kW). 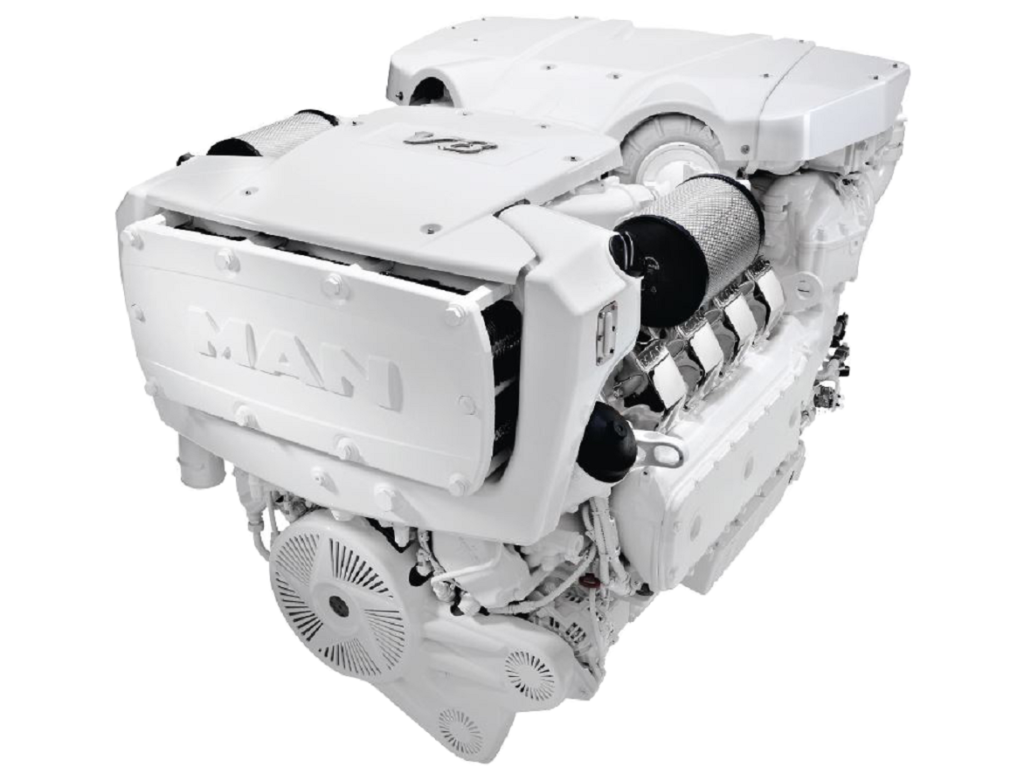 The minimal dimensions spell out a clear advantage in terms of ship design. This is because the installation dimensions of the V12-1900 and the V8-1200 – the formerly highest power levels – have been retained, as they were already compact.

“With the V12-2000 and the V8-1300 we have set a new benchmark for performance and compactness,” highlighted Claus Benzler, Head of Marine MAN Engines.

Through a series of modifications, MAN engineers have managed a power increase of 100 hp compared to the previously most powerful V12 and V8 engines from their range. The performance-oriented design is supported by an improved injection system and new turbo charger. This is aided by newly developed cylinder heads and an adjusted cooling system which noticeably provides thermal relief for the engine. Additionally, a new crankcase which has been reinforced in significant areas, ensures high performance throughout the entirety of the engine’s long service life. Highly efficient combustion allows the V12-2000 and the V8-1300 to run in a quiet, economical and eco-friendly manner (EPA Tier 3 and IMO Tier II).

The superior engine performance allows shipyards to access additional possibilities for equipping small highspeed vessels and ships with a limited space in the engine room.

Marine Department of MAN has extended the range of marine diesel engines up to 2000 hp and will continue this tendency in future.

All questions can be addressed to the official importers on the respective territory.

Marine Technics is the only official importer of MAN marine engines in Russia, CIS and Baltic states.

More details can be obtained on our new website: www.man-engines.ru 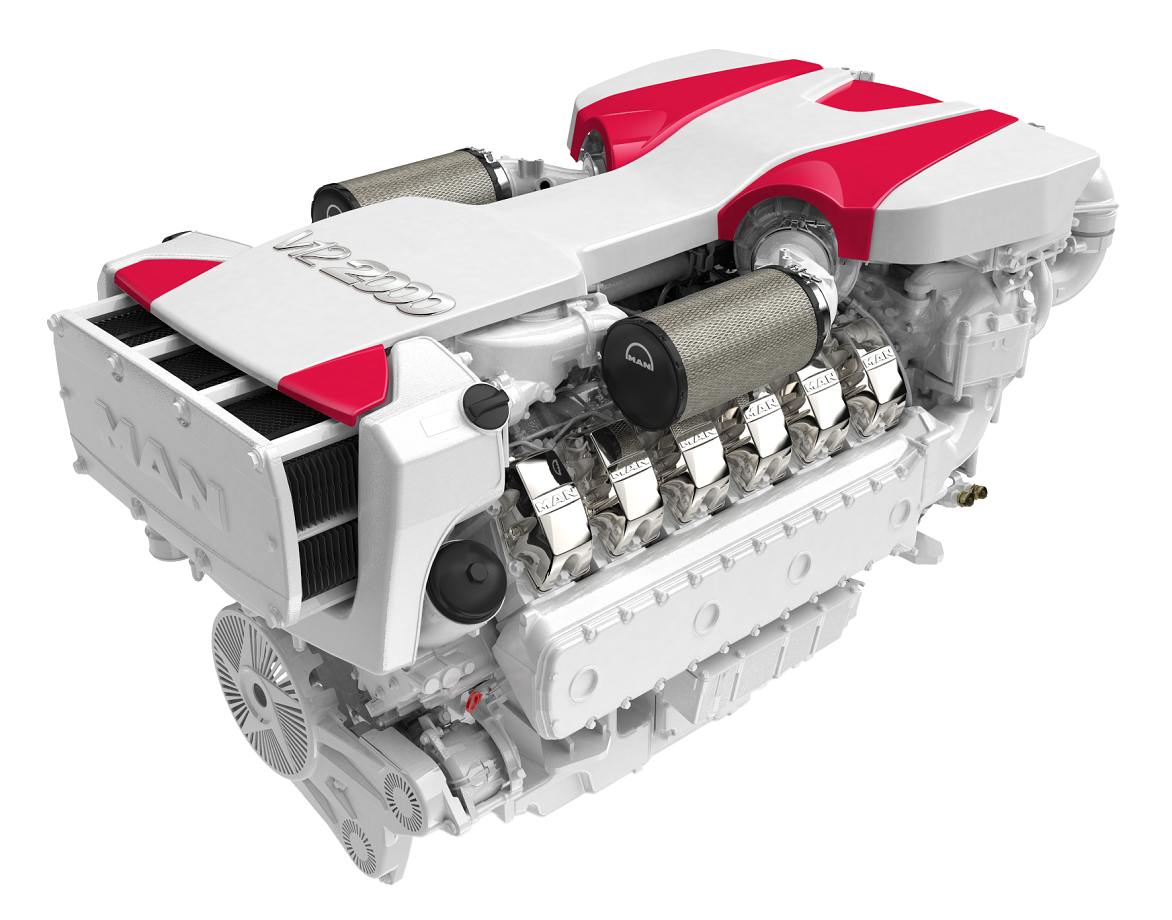