On 12 October representatives of Marine Technics Group: Alexander Evseev, executive director, and Alexander Popov, head of Design Bureau, – presented a new project of cargo and passenger vessel Voyage85MT for Dmitry Kobylkin, Governor of Yamal-Nenets Autonomous District, and Artur Parfenchikov, head of the Republic of Karelia, on the territory of Onego Shipyard.

MT presented a scale-model of the vessel as well as visualization and its technical features. The potential customer – Governor of Yamal-Nenets Autonomous District – pointed out the timeliness of the offer and showed the awareness and interest in the replacement of acting passenger ships operated on the Ob and Irtysh rivers.

This visit highlighted not only the importance of interregional interaction at the regional leaders level, but also the dialogue with the end customer when future details and features are agreed and confirmed on the discussion stage allowing to receive the first-class and modern boat of the XXI century. 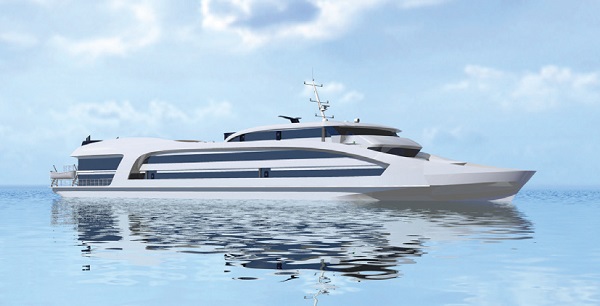