The governor of YNAO considered the possibility to build Voyage 85MT

The governor of YNAO considered the possibility to build Voyage 85MT

The principal topic became an outlook for possible cooperation in shipbuilding, namely constructing passenger ships of project Voyage 85MT by the project of Marine Technics.

“Yamal has set course towards passenger fleet renovation. Now we are observing Russian production facilities including the shipyard in Petrozavodsk with a legendary history and traditions”, commented the head of Arctic region.

“If we look ahead, for our arctic fleet we are going to order modern and safe passenger vessels with river-sea class, thus, loading Russian yards for the nearest 10 years. <…> Certainly, the task is important and complicated; we presented our concept in the Ministry of Industry of RF and the federal support of the programme exists”, Dmitry Kobylkin explained the interest to Russian shipbuilding plants.

We kindly remind that Voyage 85MT is a universal cargo and passenger vessel including all features of rivers in Siberia and North where waterways are the only means of transport for locals. The ship seats 250 passengers and provides baggage and overweight cargo transportation. Technical features: LOA: 85.8 m; width: 14.6 m; draught: 1.6-2.0 m and displacement: 1100 t.

Also within the working visit the guests observed production facilities, got familiar with the current ship construction works for FSUE Rosmorport. Besides, they discussed further issues to build ships operating on LNG (passenger, LNG tankers, floating barge-tankers) for YNAO rivers. 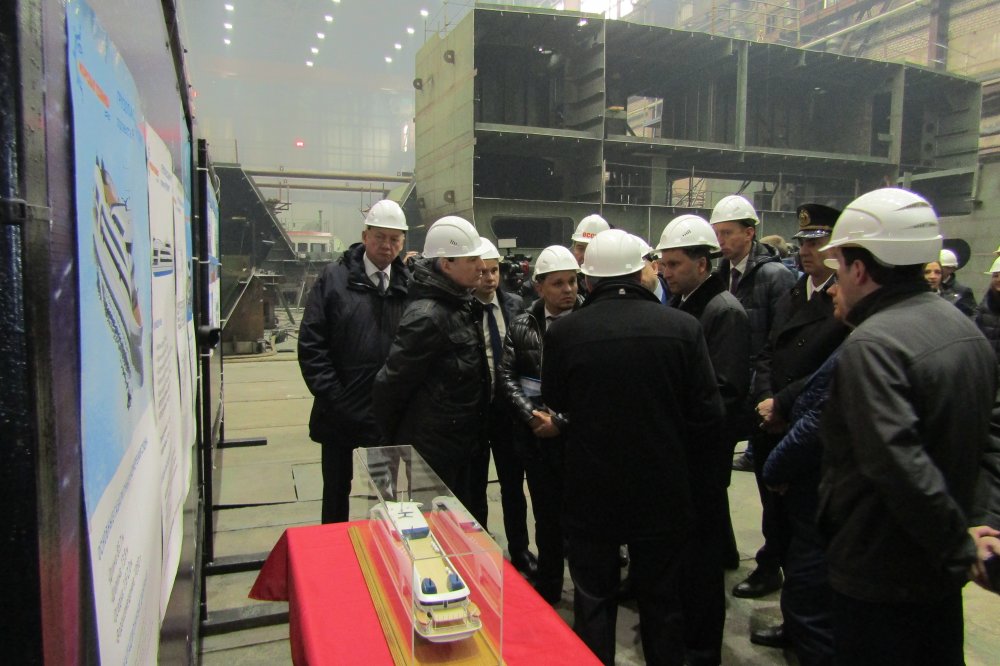